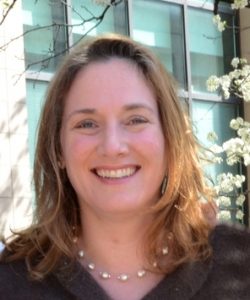 Laura J. Dietz, PhD
Interpersonal Psychotherapy and a Continuum of Care for Intergenerational Depression in Youth

Laura J. Dietz, Ph.D. is a clinical and developmental psychologist whose research focuses on the study of family risk factors for depression and the development of psychosocial interventions for mood disorders in youths.  Dr. Dietz completed her graduate work at the University of Pittsburgh, a predoctoral internship at Children’s Memorial Hospital, Feinberg School of Medicine, in Chicago, IL, and a postdoctoral fellowship at Western Psychiatric Institute and Clinic.  For the past 10 years, Dr. Dietz has developed, manualized, and tested the efficacy and putative treatment mechanisms of Family Based Interpersonal Psychotherapy (FB-IPT) for Depressed Preadolescents.  She is an Associate Professor of Clinical Rehabilitation & Mental Health Counseling at the University of Pittsburgh, and trains clinicians in Interpersonal Psychotherapy for Depressed Adolescents (IPT-A) and FB-IPT.

David J. Kupfer, MD
THE FUTURE OF PSYCHOTHERAPY IN PSYCHIATRY: ARE WE READY TO ABANDON THE MIND/BODY DICHOTOMY?

Department of Psychiatry, University of Pittsburgh School of Medicine, USA

In 1970, he was appointed Assistant Professor of Psychiatry at Yale University School of Medicine.  Dr. Kupfer joined the faculty at the University of Pittsburgh in 1973.
From 1983 and 2009, Dr. Kupfer served as Chair of the Department of Psychiatry at the University of Pittsburgh School of Medicine, and Director of Research at Western Psychiatric Institute and Clinic. Under Dr. Kupfer’s direction, WPIC became one of the nation’s preeminent university-based psychiatric research centers. A prolific writer, Dr. Kupfer has authored or co-authored a combination of more than 1,000 articles, books, and book chapters.  Dr. Kupfer’s own research focused primarily on long-term treatment strategies for recurrent mood disorders including both psychotherapeutic and pharmacologic treatments, the pathogenesis of depression, and the relationship between biomarkers and depression.  He is internationally recognized for his role as Chair of the American Psychiatric Association Task Force for DSM-5. In recognition of his contributions to the field, Dr. Kupfer has been the recipient of numerous awards and honors including his 1990 election to the National Academy of Medicine. 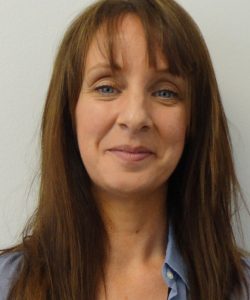 Dr Roslyn Law trained as a clinical psychologist at the University of Edinburgh and as an IPT practitioner and supervisor at the Clarke Institute of Psychiatry, Toronto.  She has worked in multiple clinical settings, including primary care and specialist psychotherapy services for people with eating disorders, post traumatic reactions, sexual health and for children and families.

She is an executive member of IPTUK and ISIPT, with lead roles in workforce development and dissemination.  She is currently Deputy Director for CYP IAPT at UCL and Consultant Clinical Psychologist and IPT and IPT-A lead at The Anna Freud National Centre for Children and Families. She was author of the national curriculum for IPT and IPT-A practitioner training and IPT supervisor training in IAPT and CYP IAPT and had written two books on IPT and IPT-A. 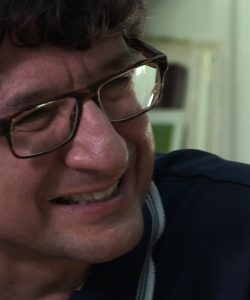 A passionate clinician and patient advocate, Oguz Omay has been involved in perinatal psychiatry for over two decades. Taken aback by the fact that very few women found adequate psychiatric care during the perinatal period, he organized a grass roots multidisciplinary networking movement in his region to address perinatal mental health. With the contribution of many professionals as well as mothers with relevant lived experience, this movement led to the creation of the Perinatal Psychiatry Unit in La Teppe Medical Center, Tain l’Hermitage, France.

During the 20 years Oguz Omay worked there, La Teppe Medical Center in Tain l’Hermitage, hosted regular regional, national and international workshops under the auspices of the International Marcé Society and Postpartum Support International. The meetings were attended by participants from 40 different countries and widely acclaimed.
In his efforts to organize better care for mothers, Oguz Omay helped to introduce Interpersonal Psychotherapy (IPT) for perinatal depression, both in France and Turkey, his country of origin. He has been an active IPT supervisor and trainer in both countries, giving trainings in French, English and Turkish.
Oguz Omay is qualified in both Child/Adolescent Psychiatry and Adult Psychiatry. After having lived and worked in France for more than 30 years, he recently moved to Lausanne, Switzerland, where he joined Les Toises, Psychiatry and Psychotherapy Center. He is also affiliated to Üsküdar University in Istanbul, Turkey, to facilitate the dissemination of IPT in his country of origin. 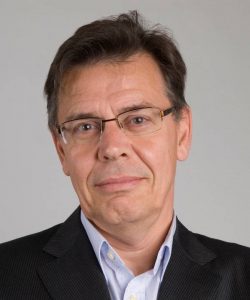 Clinically, he is an expert in the treatment of (treatment-resistant) mood disorders using psychotherapeutical, pharmacological and other biological (e.g., ECT) approaches. In 2001 he founded the Mood Disorders Treatment Program at the RIAGG Maastricht that he also headed until 2006. The program was nation-wide known for its implementation of state-of-the-art treatments and innovative multidisciplinary approach of (complex) mood disorders. The program hosted research projects addressing both fundamental and clinical topics in the field of mood disorders. In december 2010, this treatment unit was acknowledged as a TOP-GGZ (top mental health) treatment center meeting high and stringent clinical- and research criteria.
Current research activities consist of studies into emotion regulation in daily life with ambulatory assessment in depression and bipolar disorder, predictors, moderators and mechanisms of change in (psycho) therapies for depression, and research into (novel) treatment strategies for depression like psychotherapy, mHealth and neurofeedback. 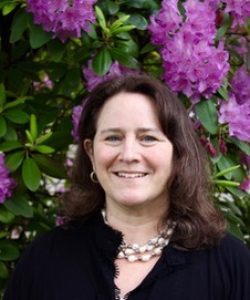 Holly A. Swartz, MD
The Loneliness Epidemic: Can IPT Help?

Dr. Holly A. Swartz is professor of psychiatry at the University of Pittsburgh School of Medicine. She received her undergraduate degree from Harvard University and her medical degree from Albert Einstein College of Medicine. She completed her psychiatric residency training at New York Hospital / Cornell University School of Medicine. She currently serves as the Treasurer of the International Society for Bipolar Disorders (ISBD), Past-President of the International Society for Interpersonal Psychotherapy (IsIPT), Scientific Program Chair for the 2019 biennial meeting of IsIPT, and Editor-in-Chief of the American Journal of Psychotherapy.

Dr. Swartz’s research focuses on understanding and optimizing psychosocial and pharmacologic interventions for mood disorders. She is well known for her work in evaluating Interpersonal Psychotherapy (IPT) and Interpersonal and Social Rhythm Therapy (IPSRT) as treatments for depression and bipolar disorder. Her research focuses IPT in the management of maternal depression, both in the perinatal period and in the context of high-risk families with psychiatrically ill offspring, and on the role of IPSRT and pharmacotherapy in the management of bipolar II depression. Currently, she is working on a project to develop a novel computational framework to model dyadic interpersonal behaviors in relation to psychotherapy (IPT and CBT) process and outcomes. She is testing an online version of IPSRT for treating bipolar disorder in primary care and examining neural mechanisms of a rhythm-specific intervention for transition age youth with bipolar disorder.

Dr. Swartz has received grant support from the National Institute of Mental Health (NIMH), the Depression and Bipolar Alternative Treatment Foundation, the National Science Foundation (NSF), and the National Alliance for Research on Schizophrenia and Depression (NARSAD). She is the author or co-author of over 100 peer reviewed or invited publications and is co-editor of a forthcoming book on bipolar II disorder. She is the recipient of numerous awards including a New Clinical Drug Evaluation Unit (NCDEU) New Investigator Award from NIMH and the Gerald L. Klerman Young Investigator Award from the Depression and Bipolar Support Alliance.  Her publication on brief psychotherapy for maternal depression was cited among the Top 10 NARSAD Advancements and Breakthroughs for 2016.